View source
watch 01:36
We're Getting Mutants in the MCU - The Loop
Do you like this video?
Play Sound

Dr. Brian Alexander Wecht (Born April 22, 1975) also known as Ninja Brian, is a comedian, musician and theoretical physicist. He is a pianist, keyboardist, a ninja and forms half of the band Ninja Sex Party alongside Danny. He is also an official Game Grumps member as of the 5th of November, 2015.

In Ninja Sex Party, Brian portrays the character Ninja Brian who is the keyboardist and Danny's silent sidekick. Typically in all the videos, Brian doesn't speak at all and gives a deadly stare directly into the camera at the viewers in many shots. In most of their videos Danny will end up insulting Brian which angers him and causes him to kill Danny at the end.

Ninja Brian's character has also been shown to have the ability to destroy things with his mind, seen in "Let's Get This Terrible Party Started" (which Jon, Barry, and Ross appear in, Suzy made the props for, and was directed by Arin). In the video "Best Friends Forever" it is shown that Brian has a bad habit of killing every friend Danny makes, and even anyone who tries to be his friend as well. This is shown when Danny tries to get him to befriend another ninja named Ninja Jim.

Brian has also achieved many unlikely feats. He killed the Slenderman in "Let's Get This Terrible Party Started"; recovered the 'Sacred Chalice' with Danny in "The Sacred Chalice (Parts 1-4)"; killed most of the inhabitants of the Mushroom Kingdom in "Best Friends Forever" and blew up the sun with a laser fired from his eyes in "NSP Theme Song". He also blew some dudes in the song "If We Were Gay".

Brian appears in person in an old interview for BVEW that can be found here.

Brian appears in the Steam Train announcement video posted on Ross's channel. He is confirmed to be in the Grump room during Steam Train recording during You're the Boss of Me and In a World, when he silently tells Ross and Danny how to defeat a boss, and is asked by Ross to look up how to find an item.

He also made the soundtrack for the campaign video Mycaruba Shirt! ONE WEEK ONLY! on Game Grumps.

On December 17, 2013, Dan and Arin announced the release of their eponymous album Starbomb. The group consists of Dan, Arin, and Brian. On the date of its release, the album reached #12 album overall on iTunes.

Brian was involved in the I Burgie, Burgie campaign video, in several roles: puppeteering, music writing, and co-writing the script along with Barry Kramer.

Brian was officially introduced as a member of Game Grumps in the Grumpcade one-off, BurgerTime. He has since appeared on most Grumpcade episodes, some Steam Train episodes, been in charge of social media and manning the chat in the Game Grumps livestreams.

Brian taught Theoretical Physics at Queen Mary University of London, where, as stated by Danny, he had a tenured professorship. 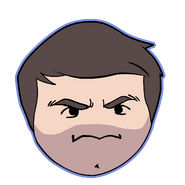 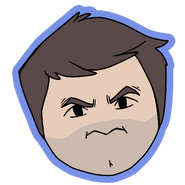 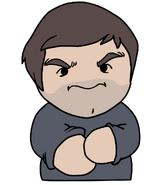 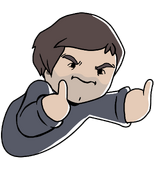 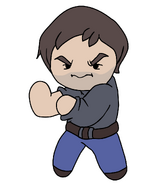 Brian on the 4-player selection screen 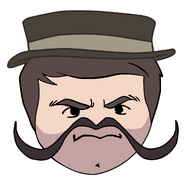 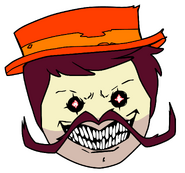