Jack was born in Belfast, Northern Ireland. He moved to Los Angeles at the age of eighteen to study at film school.

Jack was hired by the Game Grumps as an intern. Most of his work involves directing and filming various Game Grumps live action commercials, skits and streams.

Walsh's directorial credits include the Undertale stream "Final Showdown", in which he also made a small appearance. He worked alongside Vernon to set up the Retro Give Grumps! stream.

Other credits include being a featured guest on the 2016 Stout Train video, Lucky Charms alongside Stout Train hosts Ross and Barry, Vernon, as well as then-editor for Game Grumps Kevin. Not only did Jack star in Stout train's 2017, special, but also wrote and directed it as well. 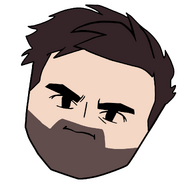 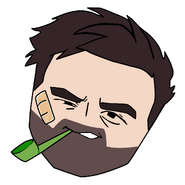 Stout Train Head
Add a photo to this gallery

Retrieved from "https://gamegrumps.fandom.com/wiki/Jack_Walsh?oldid=97319"
Community content is available under CC-BY-SA unless otherwise noted.