Jirard The Completionist, full name Jirard Khalil, is the host of the YouTube review show, "The Completionist", and co-host of "Super Beard Bros." On his main channel, The Completionist, Jirard Completes a new game every week, ranging from casual games to hardcore games. He makes video game reviews that evaluate games based on how satisfying it is to "complete" them, hence his name. He is famous for his epic beard. He is also a member of NormalBoots, a video game community created by former Not-So-Grump JonTron.

He appeared as a guest on Table Flip in their playthroughs of King of Tokyo and again on One Night Ultimate Werewolf. He appeared both times with ProJared.

He was also mentioned in an episode of the Castlevania II playthrough, where he is referred to as ProJirard the Finnisher, who educates people on the ways of Finland instead of finishing games. He's since been mentioned on occasion in Game Grumps videos as ProJirard The Finishist. This is usually brought up when the grumps feel they are playing a game badly and that Jirard would be doing much better.

He made his first appearance on Grumpcade with Sonic 3 & Knuckles starting May 28th, 2015, playing with Arin and Ross. He is the fourth guest on Grumpcade. 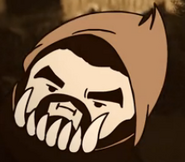 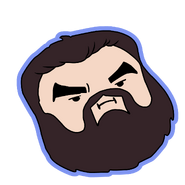 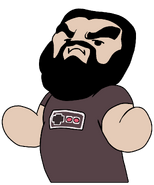 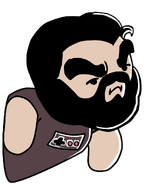 Pose from the side
Add a photo to this gallery

Retrieved from "https://gamegrumps.fandom.com/wiki/Jirard_The_Completionist?oldid=92644"
Community content is available under CC-BY-SA unless otherwise noted.