Kevin Louis Abernathy (born May 26, 1991) is a former editor on the Game Grumps channel and currently a trailer editor. Like Kramer, he appeared in videos and skits on the channel. After a full two year employment, he departed in summer 2016 to focus on his interest in trailer editing and was replaced by Matt Watson and Ryan Magee of SuperMega. He specialized in video and motion graphics as a digital art designer and graduated with a Bachelor of Science in digital arts and design from Full Sail University in 2013 after graduating from Mauldin High School in South Carolina.

In August 2014, Kevin responded to a monster ad posted by Arin looking for a video editor for a let's play channel. He interviewed with Arin over Skype.

Kevin was announced to be taking Barry's position as editor of the Game Grumps channel in the episode "Domino Rally" to allow Barry to work on other projects. He would also later take on the role of editor of KittyKatGaming as well.

Kevin often appeared in the live streams hosted on the Game Grumps Twitch channel. He was present for the first two.

During the summer of 2016, Kevin resigned from the Game Grumps channel to pursue his interest in trailer editing. He was replaced as editor by Matt and Ryan of SuperMega.

Before working with the Game Grumps, Kevin worked at BuzzFeed. He also did freelance work. 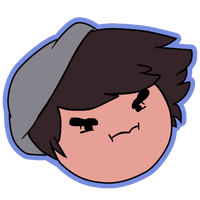 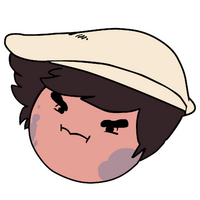