Miles Luna is best known as a personality from the Rooster Teeth website and YouTube channel, where he is the head writer for animation. Miles writes for shows including Red vs Blue and RWBY among others.

He made his first appearance on the Game Grumps Channel on the Spelunky playthrough on Grumpcade. Where he played alongside Ross, Barry, and Brian. 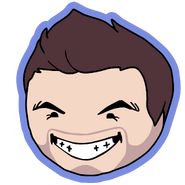 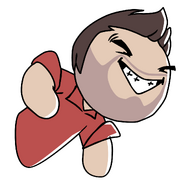 Retrieved from "https://gamegrumps.fandom.com/wiki/Miles_Luna?oldid=72954"
Community content is available under CC-BY-SA unless otherwise noted.