One Night Ultimate Werewolf is a fast game for 3-10 players in which everyone gets a role: One of the dastardly Werewolves, the tricky Troublemaker, the helpful Seer, or one of a dozen different characters, each with a special ability. In the course of a single morning, your village will decide who is a werewolf...because all it takes is lynching one werewolf to win! (Game information from BoardGameGeek) 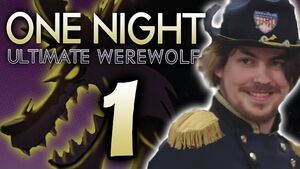 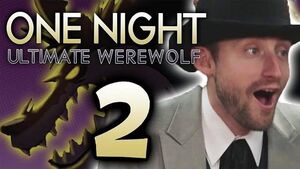 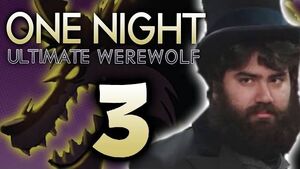 Add a photo to this gallery
Retrieved from "https://gamegrumps.fandom.com/wiki/One_Night_Ultimate_Werewolf?oldid=60925"
Community content is available under CC-BY-SA unless otherwise noted.