Christopher "Chris" O'Neill (born November 21, 1990) also known as Oney or OneyNG, is an Irish animator on YouTube and Newgrounds, and a former Grumpcade guest. He is a member of the creative studio Sleepycabin alongside Stamper, Spazkid, and several others, and the co-host of Doodle Doods. Chris has a main YouTube account, as well as one for his music, and his gameplay channel Oney Plays which he hosts alongside Ding Dong and Julian.

Oney has collaborated in the past with the Game Grumps, especially Arin and Ross due to their long history as popular animators on Newgrounds around the same time. Before Game Grumps was conceived, Chris was actually the first person that Arin did a recorded playthrough with which was a live stream of The Legend of Zelda: Ocarina of Time to record footage for Arin's sequelitis.

He has been mentioned several times on the show. In the episode MetaKnightmare!, Arin uses a robot voice to jokingly order pizza, a voice which he later admitted he learned from Oney. Oney made his first appearance on the channel in the episode Pool of Sadness, when Arin and Danny asked him to momentarily come onto the show and do the robot voice. 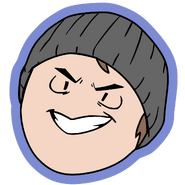 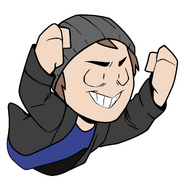 Oney on the 4-player selection screen